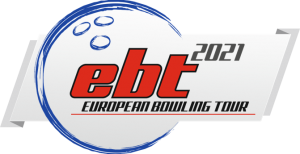 New tournament of Bronze status in the EBT.

Further information to be seen in the tournament calendar on the www.etbf.eu and under the EBT 2021 section.

The host of the Leandersson Christmas tournament in Sweden, has decided to cancel the 2020 version of the tournament due to restrictions due to COVID-19

Published on 3 marts 2019 by Kim Andersen

One of the classic tournaments in European Bowling Tour, The Hammer Bronzen Schietspoel Tournament was conducted on 24.02.-3.03.2019 in Tilburg, The Netherlands.

A total of 210 athletes, which was 163 men and 47 women made their way to Tilburg to compete for the 40 spots in the final steps in the tournament.

The final pool of 4 athletes ended as follows:

Cherie Tan from Singapore is leading the women’s division of the tour with 350 points in front of two of her fellow countrywomen, Bernice Lim at position 2 with 285 points and Anna Anderson from Sweden now at position 3 with 263 points.

Jesse Kallio from Finland is leading the men’s division of the tour with 238 points in front of Kim Bolleby from Thailand at position 2 with 234 points and Hadley from England at position 3 with 220 points.

Published on 28 februar 2019 by Kim Andersen

It is with great sorrow that we were informed this morning that our dear friend and Vice President of ETBF, Kim Thorsgard Jensen passed away.

Kim leaves a daughter and a son behind. He was only 62.

On behalf of the ETBF Presidium