Published on 19 januar 2020 by Valgeir Gudbjartsson 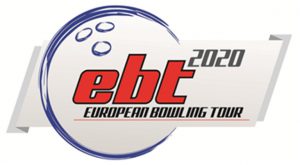 The 32nd Irish Open Championships in association with Storm, 900 Global and 3G shoes, was conducted in Stillorgan Bowl, Ireland during 12-19 January 2020; total of 418 entries by 176 athletes were bowled during the week.

In the semifinals then we saw the following athletes battle for the win – score over 2 games total pinfall:

And in the final:

This was the first win for Nicola Pongolini  on the European Bowling Tour.

After Irish Open, then we did not see any changes in the leadership of the tour.

Published on 13 januar 2020 by Valgeir Gudbjartsson

The 50th Brunswick Ballmaster Open, conducted in the notorious Tali Bowl in Helsinki 3 – 12 January was historical; it was record setting tournament with 690 athletes, and 1334 entries.  Prize fund was also record setting for the EBT, over 150.000 EUR were paid out in prizes.

In the TV playoffs then results came as follows:

This was the first win for Nathan Roest Lajoie on the European Bowling Tour.

After Brunswick Ballmaster open, then Christopher Sloan is still the leader on the EBT 2020 men´s side. The highest woman in Ballmaster became Birgit Pöppler and but Joline Persson Planefors is leading the EBT 2020 on the women’s side.

Published on 20 december 2019 by Valgeir Gudbjartsson 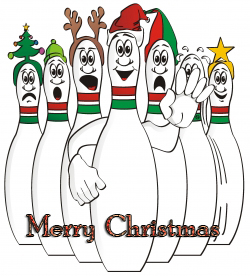 The Presidium of the European Tenpin Bowling Federation wishes all their member federations and the leadership of World Bowling a Merry Christmas and may the new year 2020 bring you and your beloved a lot of happiness, health and lots of love.

Published on 17 november 2019 by Valgeir Gudbjartsson

ETBF Presidium has awarded the hosting of the European Championship of Champions 2022 to The German Bowling Federation, ECC 2022 to be held at Bowlplay Berlin, Germany during 24-30 October 2022.

ETBF Presidium is confident that the German Bowling Federation will host a perfect championship.

This year we have newcomers as winners of the EBT.  On the women’s division we had Anna Andersson from Sweden winning the tour with 688 points, well in front of a well-known athlete, Jenny Wegner, Sweden with 537 points, Anna had already secured the win, and did not participate in the last stop of the tour in Aalborg.  3rd place was Mai Ginge Jensen from Denmark.

The leader of the men’s division of the tour, Arnar David Jonsson, had won one EBT title in Odense in 2018, but this year decided to participate full force, and the results were 2 EBT titles, in Track Open in Munich, and in the last stop in Aalborg.  Arnar got 670 points in total, in front of Adam Andersson, Sweden with 579 points and 3rd place Kim Bolleby, Thailand with 454 points.

We are congratulating the two tour winners, who each will be awarded 1.000 € for their victories of their division in the European Bowling Tour 2019.

After the first of 4 games in final step 4 then it came obvious that the battle of the tittle would be between 2 athletes from Sweden and 1 athlete from Iceland.

Then Arnar decided to step it up and had secured good 96 pin lead before the last game, and could slow down and relax in the last game, results for the top 3 ended as follows:

This became the 2nd title for Arnar David Jonsson on the EBT this season, and 3rd title in 2 years – and he became the winner of the EBT 2019.   First Icelandic athlete to achieve this.

We did see small changes in the women’s division of the tour as Anna Andersson from Sweden had already won the EBT 2019 with 688 points in front of her country woman Jenny Wegner with 537 points, but Mai Ginge Jensen from Denmark moved up to 3rd place with 533 points.

In men’s division no changes either,  Arnar David Jonsson, Iceland is the winner of the mens division of the tour with 670 points in front of Adam Andersson from Sweden at position 2 with 579 points and Kim Bolleby from Thailand at position 3 with 454 points.

Published on 28 oktober 2019 by Valgeir Gudbjartsson

Glenn was leading the 38 athletes group from the second block of qualifications and won Adam Cairns from England in exiting best of three final, two games to none, first game 246-214 and the second game came tied 221-221 and went to one ball roll off 30-29.

In the women’s championship match, Joline came back from a 0-1 deficit and defeated qualifying leader and defending champion Mai Ginge Jensen of Denmark, 224-181 and 238-227 to become the third Swedish ECC champion in the last four years.

In the semi-final matches, top-seeded Mai Ginge won no. 4 Laura Marcham of England in two games, while second-seeded Joline did go all the way against Denise Blankenzee, Netherlands, and won, two-games-to-one.

Published on 15 oktober 2019 by Valgeir Gudbjartsson

Due to security concerns from some of the ETBF federations regarding the ECC 2019 that will be hosted in Ankara, Turkey 21-27 October 2019 then ETBF has got the following statement from the Turkish Bocce Bowling Darts Federation:

All preparations for the European Champions Championship – ECC 2019 were completed.

ECC Organization informed our federation about the security concerns of some federations. The ongoing operation in Syria is a cross-border operation and has no connection with Ankara.

All national and intertheir national Sports, Cultural and Tourism activities, conferences, and organizations in Turkey are ongoing. Our Federation is also organizing Mersin Bocce World Championship at the end of this month in Mersin.

As Turkish Bocce Bowling Darts Federation, we inform all participating Federations of ECC 2019 that there is no security risk. We wish all countries to have a successful event and hope to see you all soon.

ETBF Presidium is looking forward to see all the athletes from the already registered Federations next week in Turkey.

Published on 14 oktober 2019 by Valgeir Gudbjartsson

This is the second title in the EBT tour for James Blomgren, as he also took the title in the 2013 version of Norwegian Open.

We did not see any changes in the women’s division of the tour as Anna Andersson from Sweden is leading with 688 points in front of her country woman Jenny Wegner with 537 points, Cherie Tan from Singapore is together with Misaki Mukotani from Japan at 3rd place with 475.

In men’s division was only changes on the 3rd position: Arnar David Jonsson, Iceland is leading the men’s division of the tour with 570 points in front of Adam Andersson from Sweden at position 2 with 529 points and Kim Bolleby from Thailand at position 3 with 454 points.