The 22st edition of the Mediterranean Bowling Championships was concluded on Saturday 6 April in Eden Superbowl, situated in Malta.

These regional championships, which are conducted annually, are open for member federations with a coastline of the Mediterranean See – This time with record participation of 16 federations

The 10 titles in the championships were distributed as follows:

4 titles in the women’s division

All Events: Georgia Sagona from Greece

4 titles in the men’s division

All Events: Antonino Fiorentino from Italy

The following six matches, all bowled over two games total pin fall to count, concluded the championships in Ankara.

Participants in the EBT Masters 2019 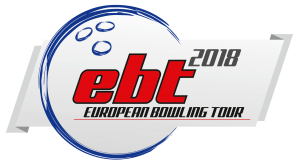 The EBT Master 2019 is conducted on Thursday morning/early afternoon during the week of the VII Brunswick Madrid Challenge, which will be conducted on 29 June to 7 July 2019 in the same centre.

The 8 athletes, competing in the women’s division, are as follows:

The 8 athletes, competing in the men’s division, are as follows:

The ETBF Presidium has decided to award the hosting of the European Senior Championships 2022 to Lovvang Bowling Centre in Aalborg, Denmark.

The championships will be held in the well-known Lovvang Bowling Centre in Aalborg from 28 January to 6 February 2022.

Published on 24 marts 2019 by Valgeir Gudbjartsson

Dream-Bowl Palace did not manage to continue the record streak they had the last 2 years, but still a total of 1145 entries from 382 athletes in this year’s 16th issue of the Brunswick Euro Challenge which were concluded in Munich on 24 March 2019

The format of the final day included a step 1 with 52 athletes, bowling 6 games from scratch, continuing with step 2 consisting of 28 athletes, including top 16 from step 1 and top 12 from the qualification, bowling another 6 games starting from scratch.

From step 2, 8 athletes continued into a 7 games round robin with the pin fall from step 2 carried forward.

Martin Larsen ended long time without win on the EBT, but at the same time is winning his 9th EBT title.    Maria Jose Rodrigues was for the first time with the highest position of women on the EBT tour.