Published on 17 oktober 2021 by Valgeir Gudbjartsson 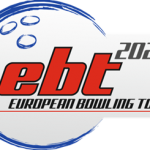 The Norwegian Open 2021 by Brunswick, was conducted in Hönefoss bowlingsenter, Norway, during 8 to 17 October 2021;a total of 493 entries by 186 athletes (where of 38 women) bowled during the week.

After four finalsteps then top 8 played 3 more games carrying the scores forward from final step 4; the final only decided in the last game as only Norwegian in the group managed to cling the title.  Results for top 3 as follows:

For the Men Ranking then there was little change, Arnar David Jonsson, Iceland managed to squeeze into the 3rd place…. Before small brake and only one tournament left on the tour; Leandersson Christmas Tournament in Sweden in December.